After the success of the World Master Games in 2013, with the participation of over 20 thousand master athletes in 30 disciplines, this year you can share in the adventure again. From July 26th to August 4th athletes 35 years and older, from all over the world, will compete in more than 165 events, including Paralympic events. The objective is not only to create records, but also to celebrate together with sports and competitions, and to experience the passion that this type of event brings to the host city.

In the last few years, sport tourism has become a rapidly growing niche, offering a chance to visit cities and countries that host large sporting events: what an excellent opportunity for athletes from all over the world! They can compete in various sport disciplines while supporting the cultural, artistic and natural heritage in Torino and Piedmont.

In the last 15 years, the city has been named one of the top 10 European cities to visit, and in addition to sports, it offers parallel activities for all tastes, including its numerous museums, architecture, and green parks that characterize Piedmont. 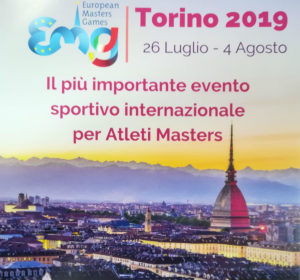 Athletics, the prince of all sports, will be protagonist in three main areas:

The Primo Nebiolo Stadium, built in 1959 on a pre-existing structure* from the 1930s, is the most important track for athletics in the city and is inside one of the most popular parks in Turin for runners and walkers, Ruffini Park. 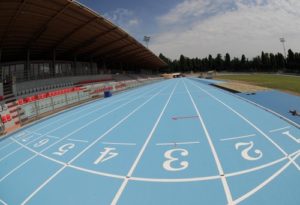 The Mandria Regional Park, one of the largest parks in Europe, is known as one of the most important natural sites in Europe and is an ecological corridor connecting the Alps to the Po River. It hosts two large Savoy residences: the Palace of Venaria and the Castle of the Mandria. Recently, it has become a popular place to train, thanks also to the 30 km wall surrounding the whole park.

A very particular race will take place at the Fort of Fenestrelle. The ancient fortress of Fenestrelle overlooking the Val Chisone will be the theatre of a competition where, for 2500 metres with a 560 metre slope, runners race up the 4000 steps leading to the top of the Fort. 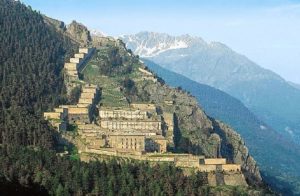 WHERE YOU CAN TRAIN

It is not a problem to find a place to train in one of the greenest cities in Italy! The most important parks in the city are: